KIDIOKE GETS IN ON THE STERN SHOW CATCHPHRASE SENSATION 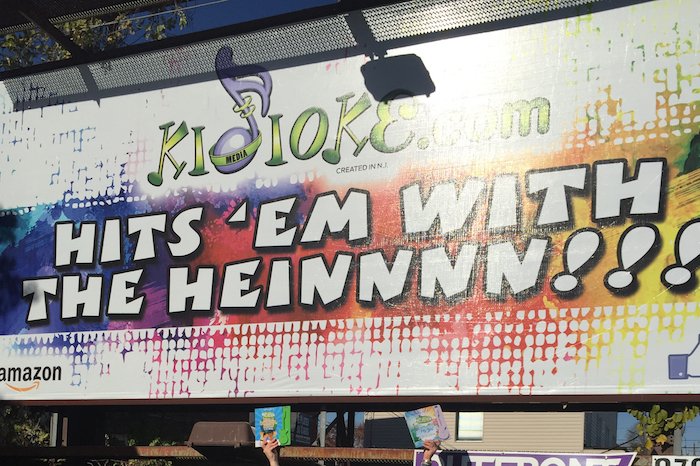 It's no mystery that "Hit 'Em With the Hein" has captured the hearts and minds of America (and the world). Now, the hit catch phrase has conquered a new field: kids' karaoke.

We are so happy to announce that Hallmark Corporate has decided to take a chance on us and put our Kidioke Children's Sound Books in the testing phase for 10 stores located across the country.  What an awesome opportunity to get the word out.  It's one thing to see the videos on Facebook or Instagram but to actually hold the books in your hand - hearing and seeing the quality in person will be very positive.  Orders have been steadily coming over to us and we couldn't be happier with the holiday push we've experienced thus far.  I hope that everyone that has purchased a book takes a minute to post a review on our site or on Amazon.  And don't forget to check out our awesome app - at just $2.99 per song the price can't be beat!  Can't wait to get the numbers back from Hallmark.  I'm confident they'll be pleased.  :)
Read More 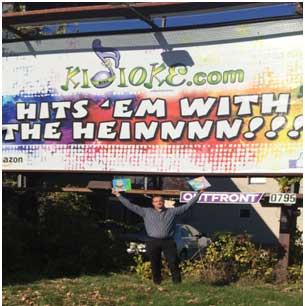 So as an entrepreneur I've learned and read that you must think outside the box.  Being a life-long Howard Stern fan and listening to countless shows I've learned some things about the shock jock.   Howard loves to play clips of people referencing Baba Booey and more recently shouting, "Hit Em With the Hein!" I know that it's been shouted and referenced ad nausea but I also know that nobody has been crazy enough to spend the kind of money required to post a billboard with the saying.

So...here we are.  Just days before the Christmas shopping season begins, and it's time to take yet another risk.  Here's hoping you'll hear my call on air before Christmas.  And don't forget to HIT EMMMM WITH THE HEINNNNNNNNNNNNNNNNNN!
Read More